On the second to the last day, I finally went to see the Marvel and Monsters exhibit at the Japanese American National Museum. The exhibition is an overall depiction of Asians in comic books from the period of the 1930s through the 1980s. William Wu’s collection is the foundation of Marvel and Monsters. The iconic images are grouped into eight categories: the Alien, the Kamikaze, the Brute, the Lotus Blossom, the Guru, the Brain, the Temptress, and the Manipulator. Images are these arch types are seen below.

To be honest, I don’t read comic books, so I wasn’t familiar with some of the images on display but it was fascinating to see how the dynamics of the times influenced the depictions of the characters. The Alien images from the 1930 viewed from today’s perspective the images seen are truly shocking from the yellow skin, buck teeth and Pidgin English. World War 2 depicted the Japanese as fanatics following religious fervor e.g. the Kamikazes or Brutes who blindly obeys out of sense of loyalty and duty.

Some of these images are still on display in pop culture today: the Brain, the Guru and the Lotus Blossom are all too familiar images in today’s movies. See Kill Bill Volumes 1 and 2, Bullet Proof Monk, the Karate Kid for images modern images of the Guru. “The mystical wise one, whose inscrutable ways disguise the ancient, awesome truths he holds within this soul.”

In addition, the exhibit offers a rare glimpse of the importance of comic books to the inhabitants of the Japanese internment camps during the 1940s. On display are comics that created in the camps and reflect life in the camps.

For more on the Japanese internment camps, click Here.

Marvel and Monsters is currently on tour. 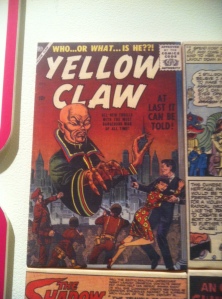 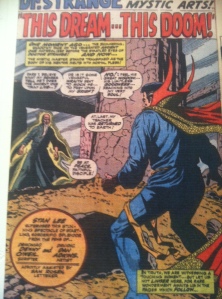 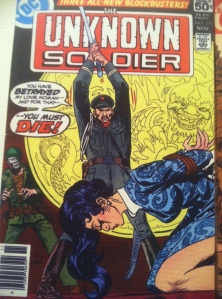 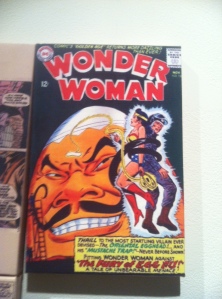 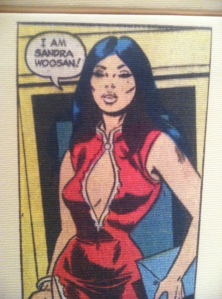