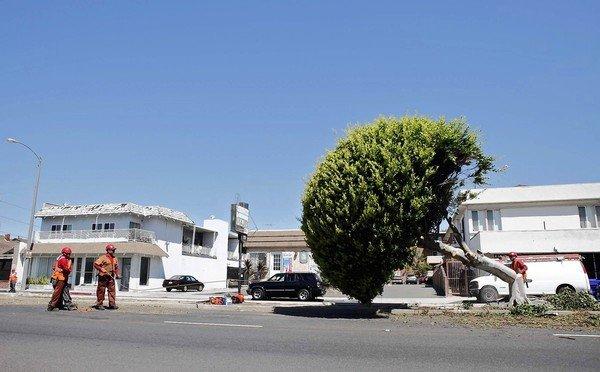 Space shuttle Endeavour’s final 12-mile journey through the streets of South Los Angeles already promises to be a meticulously planned spectacle: a two-day parade, an overnight slumber party in Inglewood and enough hoopla to create a giant traffic mess.

But for some residents in South L.A., the excitement of the shuttle rumbling through their neighborhoods quickly faded when they learned that 400 trees will be chopped down to make room for the behemoth.

I am thrilled that we are getting a space shuttle here in LA but it is coming at a high price to our environment.  I wish the trees could be moved somewhere else instead of just being cut down.